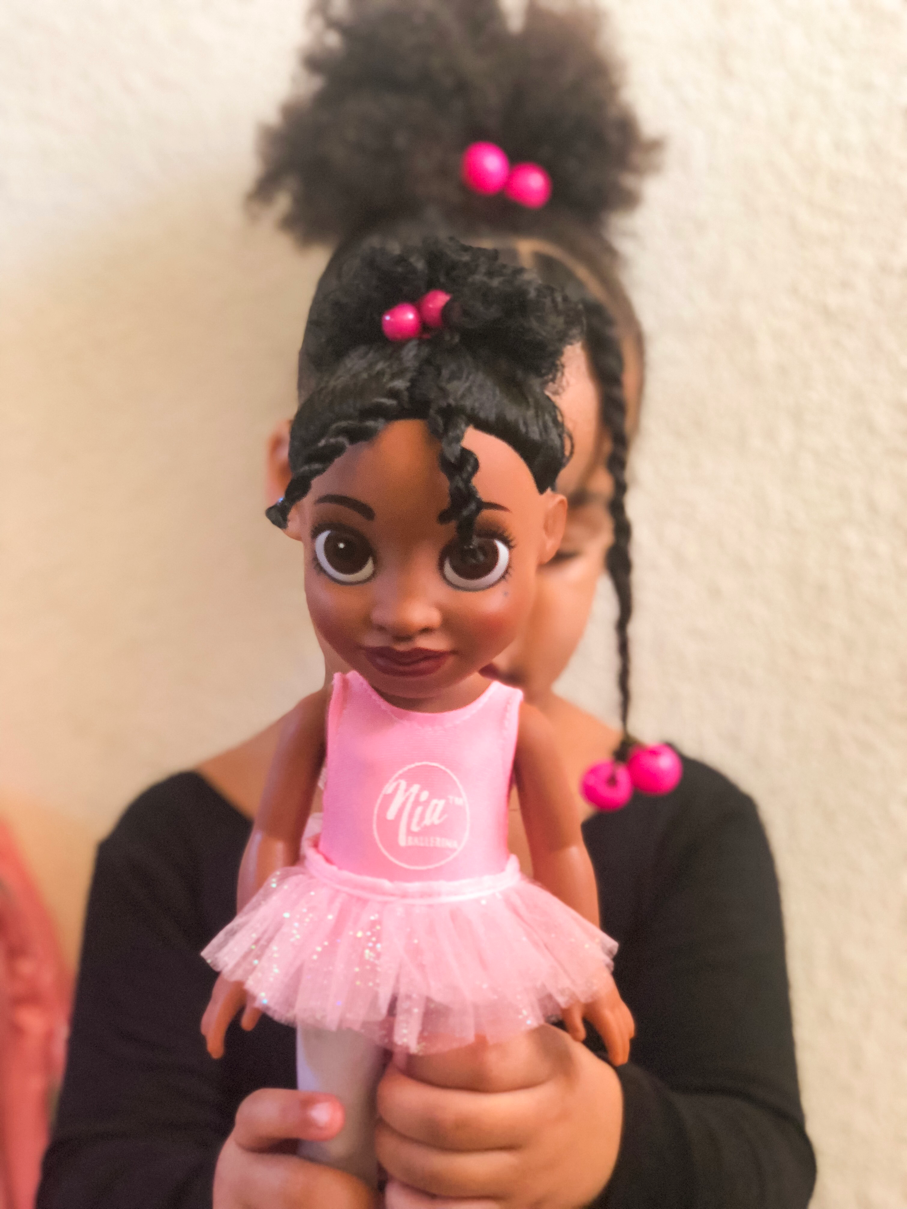 Hi guys!
Once a week every Monday night it's the same thing. "get into your positions girls." Ivy's ballet teacher says. The girls form their lines and the music began's to play. They float so gracefully to be so young. It's a class full of toddlers. "first potions!" The teachers says. The girls go into their first potions with their feet spread to each side. "second position!" the teacher yells in a firm but friendly voice. I love watching Ivy out there twirling. I take out my iPhone out to take some photos of her like the proud mama I am. A hour of class is done and we go home. Another successful night in ballet. Ivy skips into the house and hangs up her pink shoes buy their straps. Grabs her Nia ballerina doll and starts to tell her all about her class! 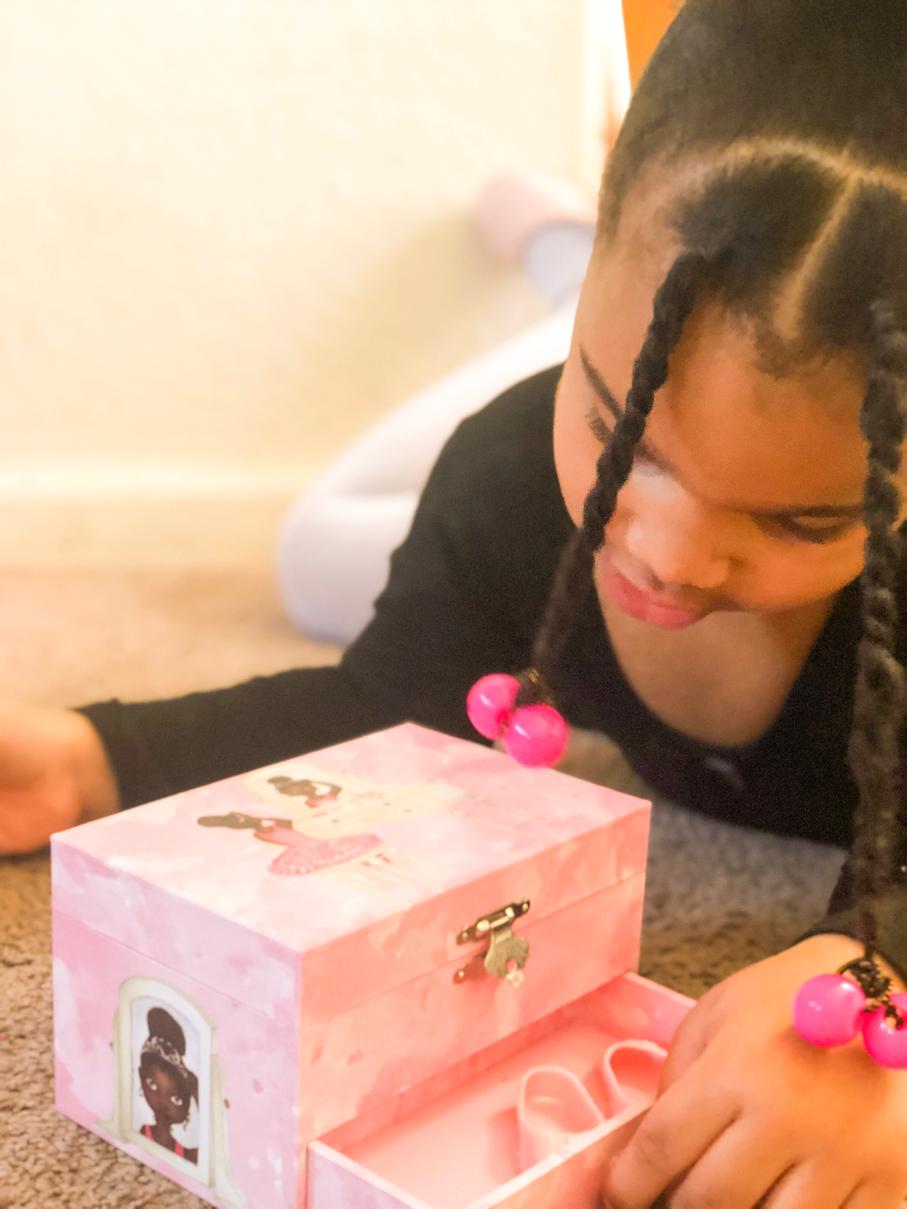 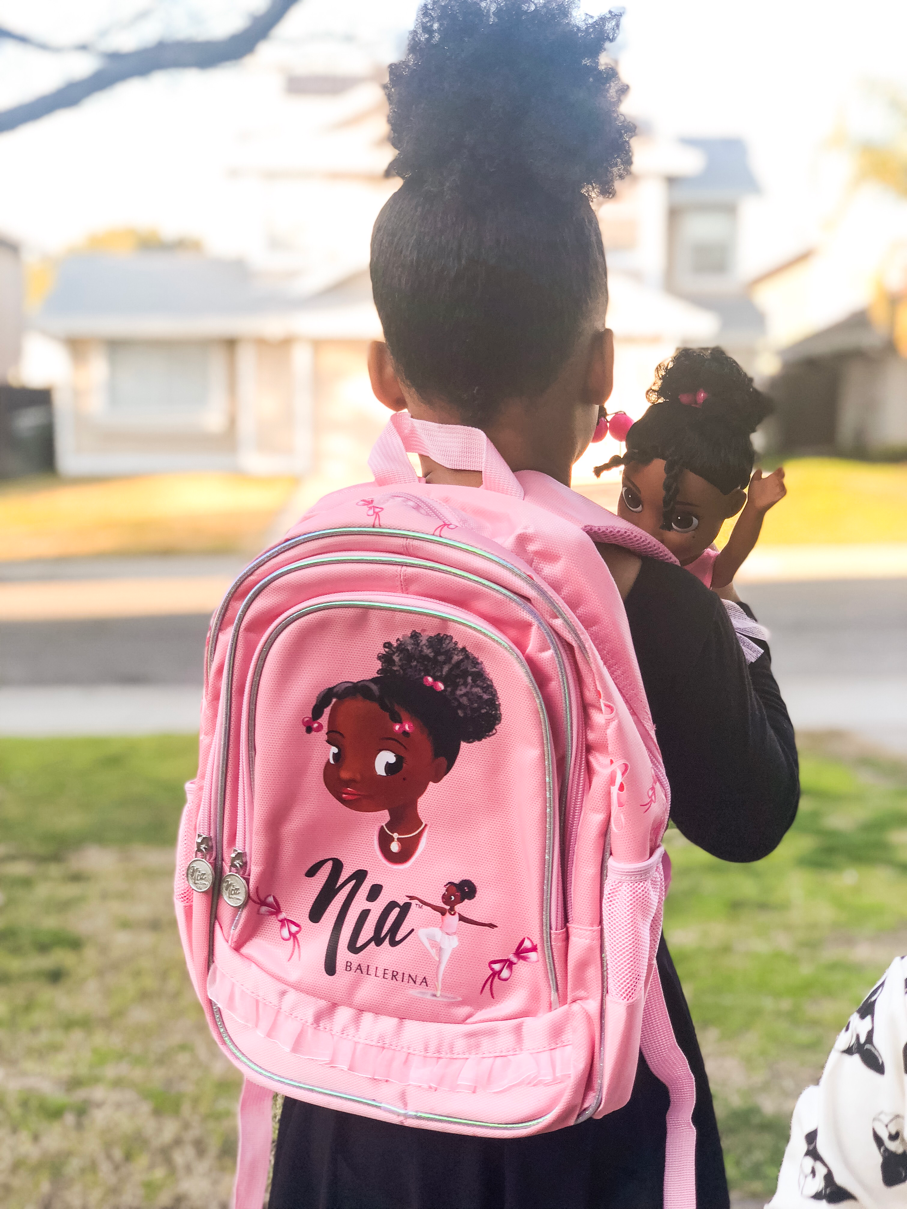 Ivy has been doing ballet for almost 2 years now (2 years this summer). Ivy's love for ballet at only the age of 2 it was pretty evident. I knew I had to enroll her into some classes. At first when I enrolled Ivy I only signed her up for one month worth of classes. I thought to myself "she's only 2 she'll get bored" I was dead wrong. A month went by and Ivy was not only not bored but she wasn't ready to stop her ballet classes either. We enrolled Ivy as a full time student. Every Saturday morning we would wake up early and I would drive 30 minutes outside of town to get her to ballet. For one hour I watched her twirl and dance and interact with her teachers and classmates. Trust me it wasn't also a cake walk. Ivy had a hard time at first, she was very shy. But it didn't take long before she was able to hold her own though. After a year of ballet and a dance recital under her belt, Ivy's dad and I decided to move her schools due to the fact that her school at the time was to far. We switched her schools and she hated it, fast forward to 6 months later and Ivy is doing and learning way more in her new school than ever before, shes killing it and loving it. After class Ivy and I usually take a tip to our favorite place Target. I always let Ivy pick a treat. Ivy always would want to pick something ballerina related. Although the things in the store were very nice there was no ballerina in the store that represented anyone of color. A bit frustrated with it I started researching some ballerina products for Ivy, that's when I discovered Nia. 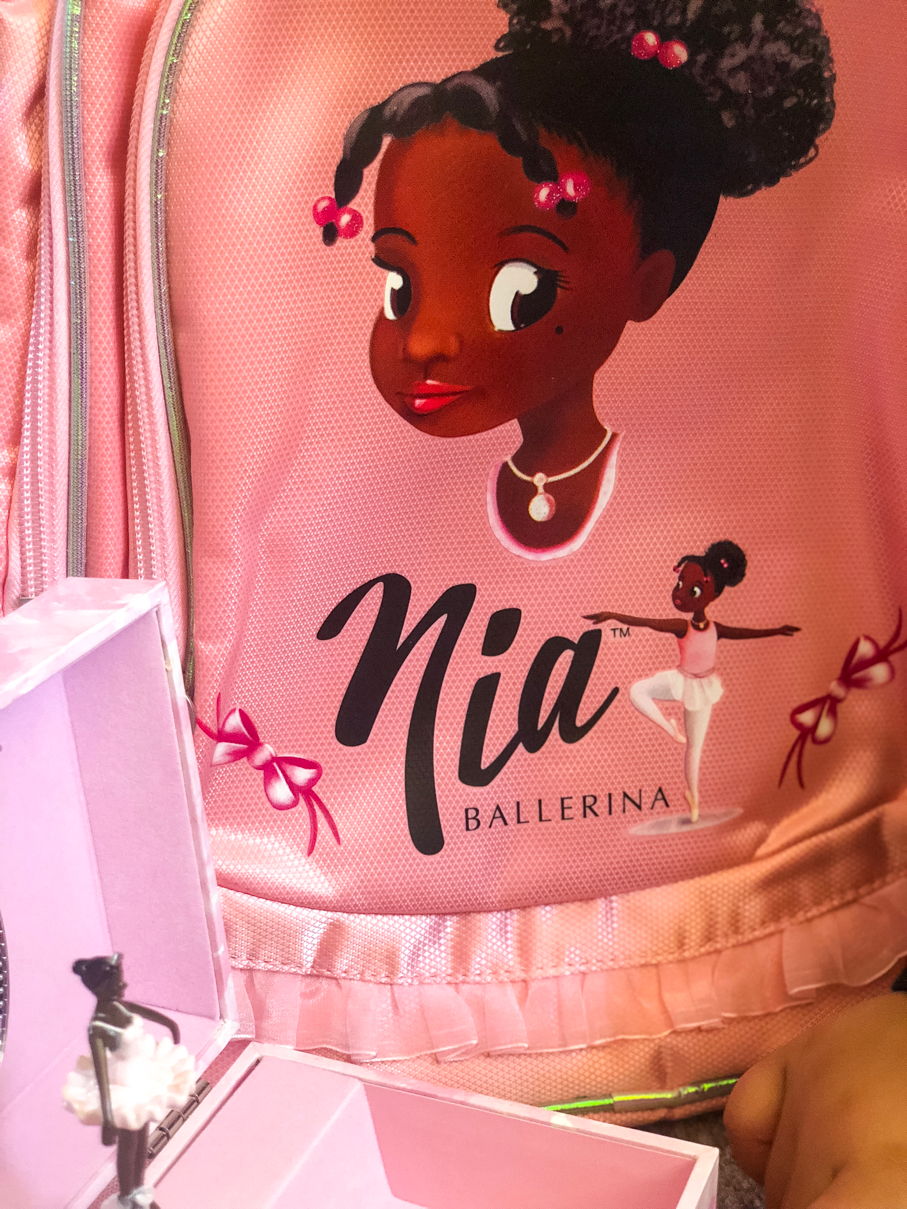 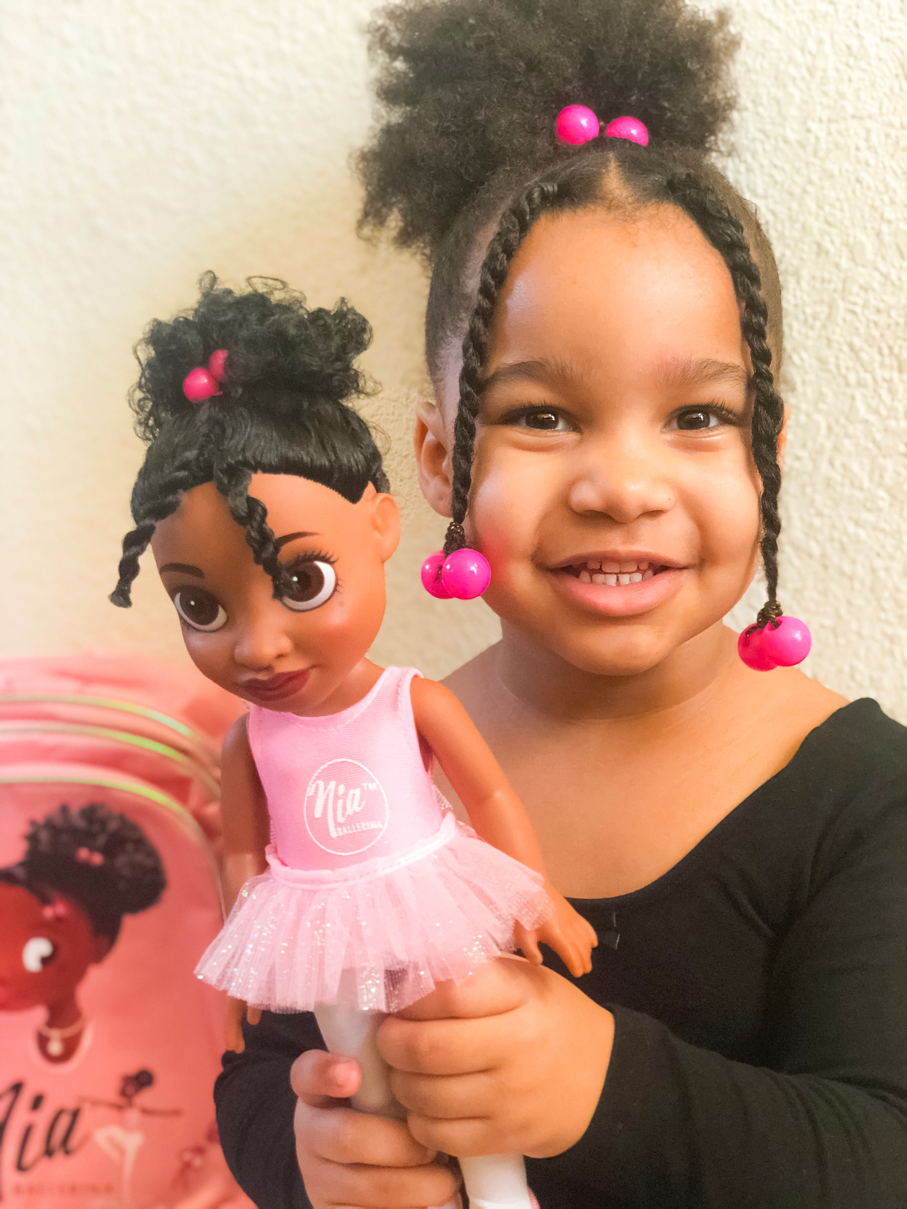 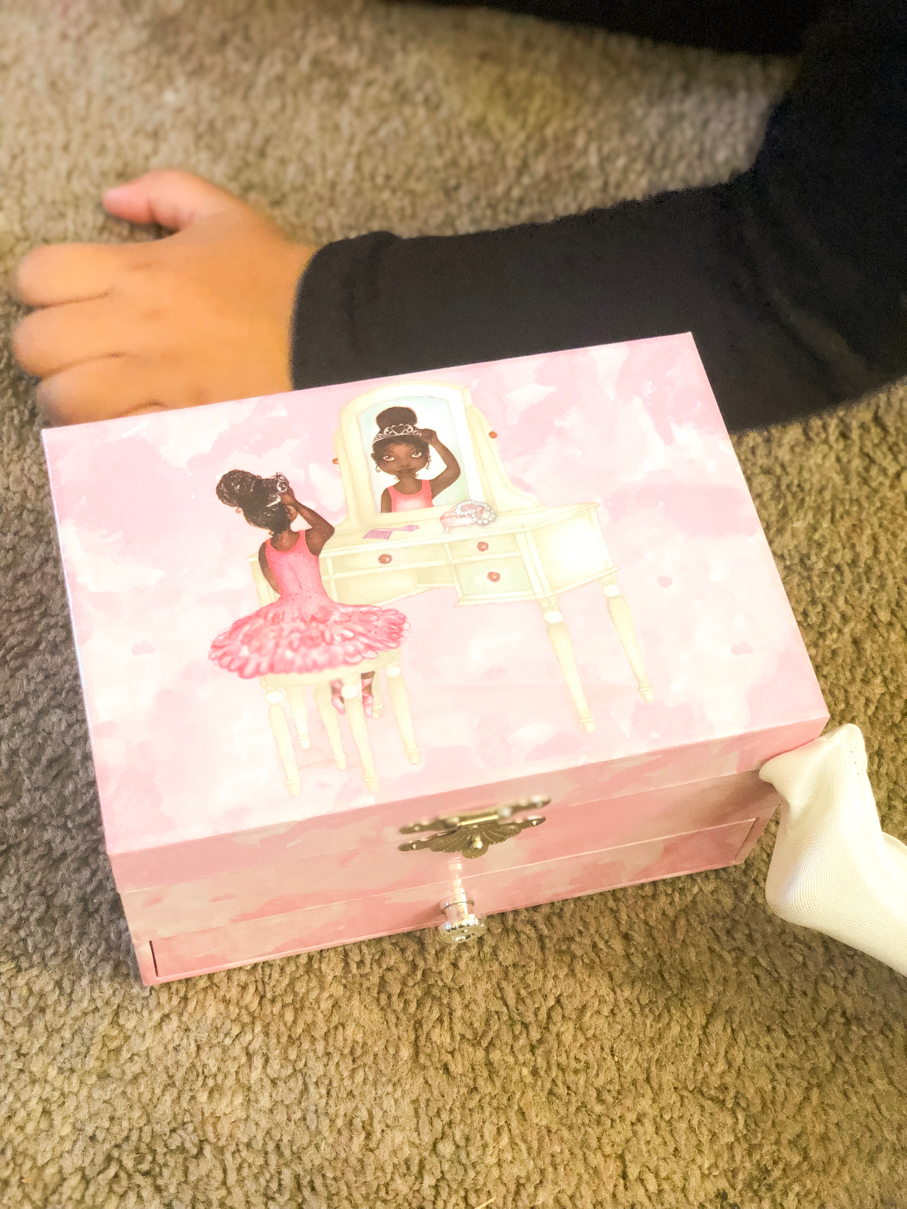 Nia ballerina is a UK based company Inspired by a mother named Sharon and her own little Ballerina her daughter. Like Ivy, Sharon's daughter also had a strong passion for ballet as a young child. Sharon had the same similar problems as me she wanted a ballerina that not only represented her child but looked like her too. In 2015 Nia ballerina was born. Sharon started of by creating jewelry boxes that she could not even keep in stock due to popularity. Shortly after Sharon expanded her products to a backpacks and Nia doll. With over 7k followers on Instagram (follow here) Nia ballerina is conjuring up fans daily! 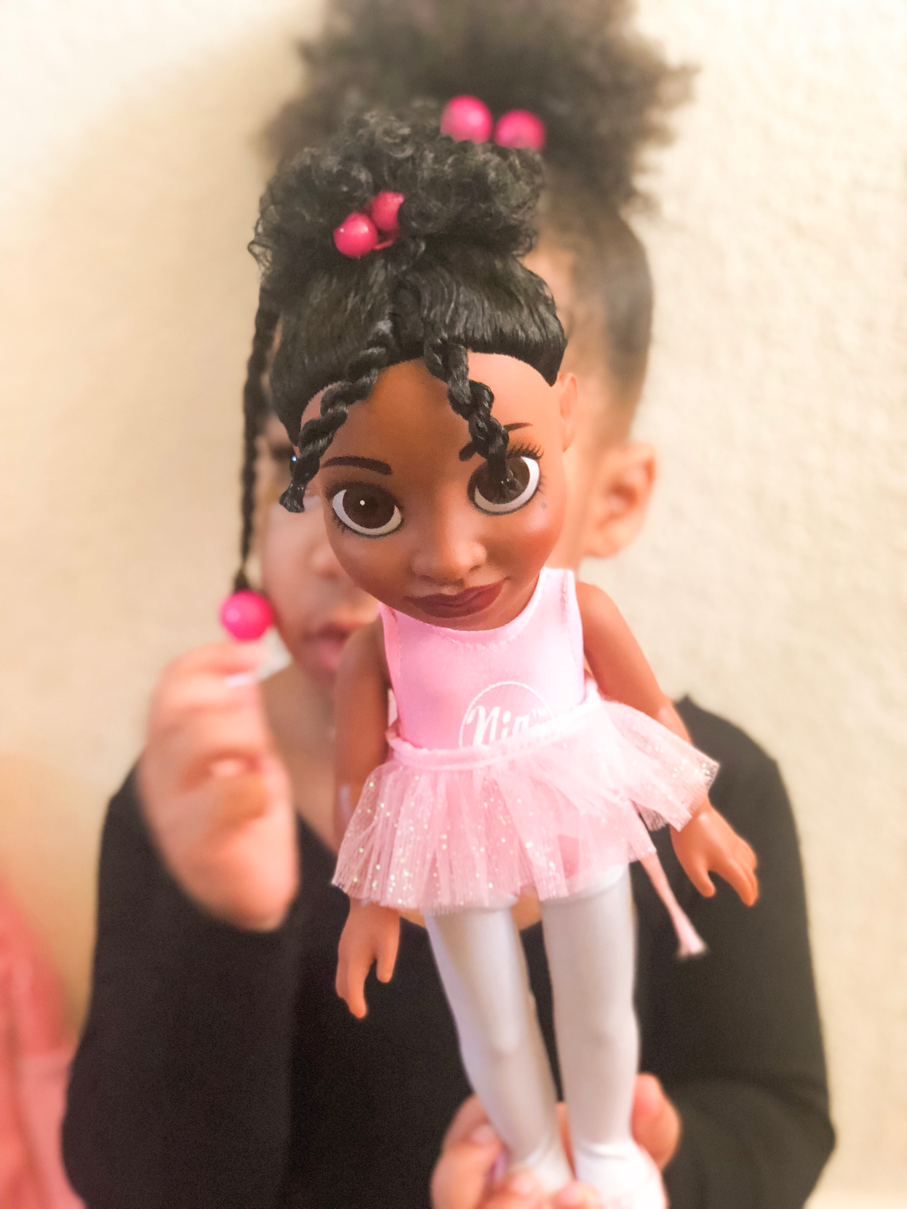 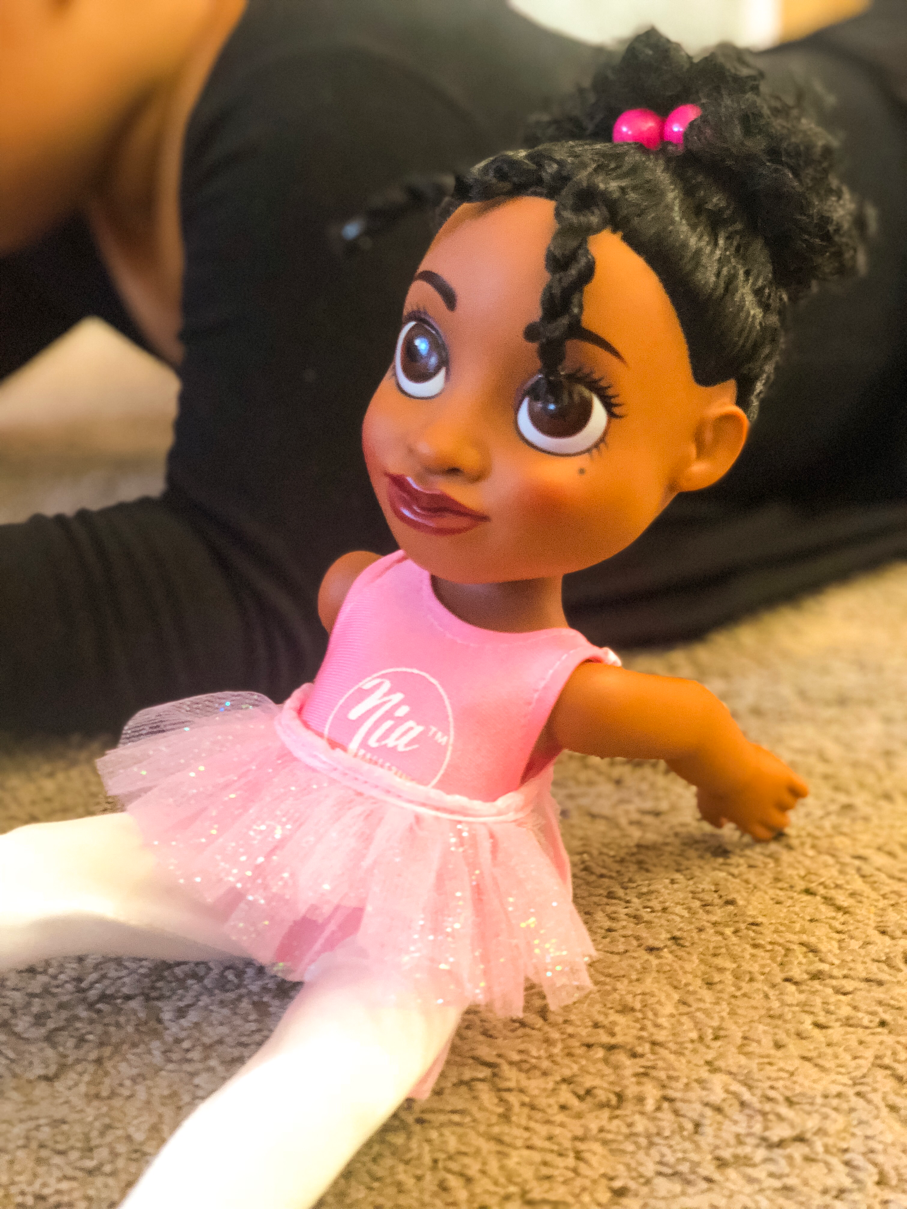 we received one of every Nia product for review. I literally waited by the front door for the UPS man to come. Inside our package we had a jewelry box, doll, and back pack. These items were for Ivy but Aria had no problem trying to fight her big sister for them especially the Nia doll. After letting Aria play with the Nia doll forever it was Ivy's turn. Ivy opened up her jewelry box plopped her back pack on and start her very own ballet show right in the living room for me and her Nani (grandmother). Ivy was so happy that not only did she have a bunch of Nia products with a girl that looked like her but a doll that she could now be best friend with too. Every single Item we revived was wonderfully made and it had the cutest pink colored tone to it. I will never forget the look on Ivy's face after she received her Nia doll. Nia ballerina represents black girl magic in every way, shape and form and I'm so glad that they're products out there for girls like Ivy not only for little African American girls but girls who love ballet, girls who love to dance, girls that love to  pile, girls everywhere! You're not alone, and forever one of you girls there is Nia ballerina. 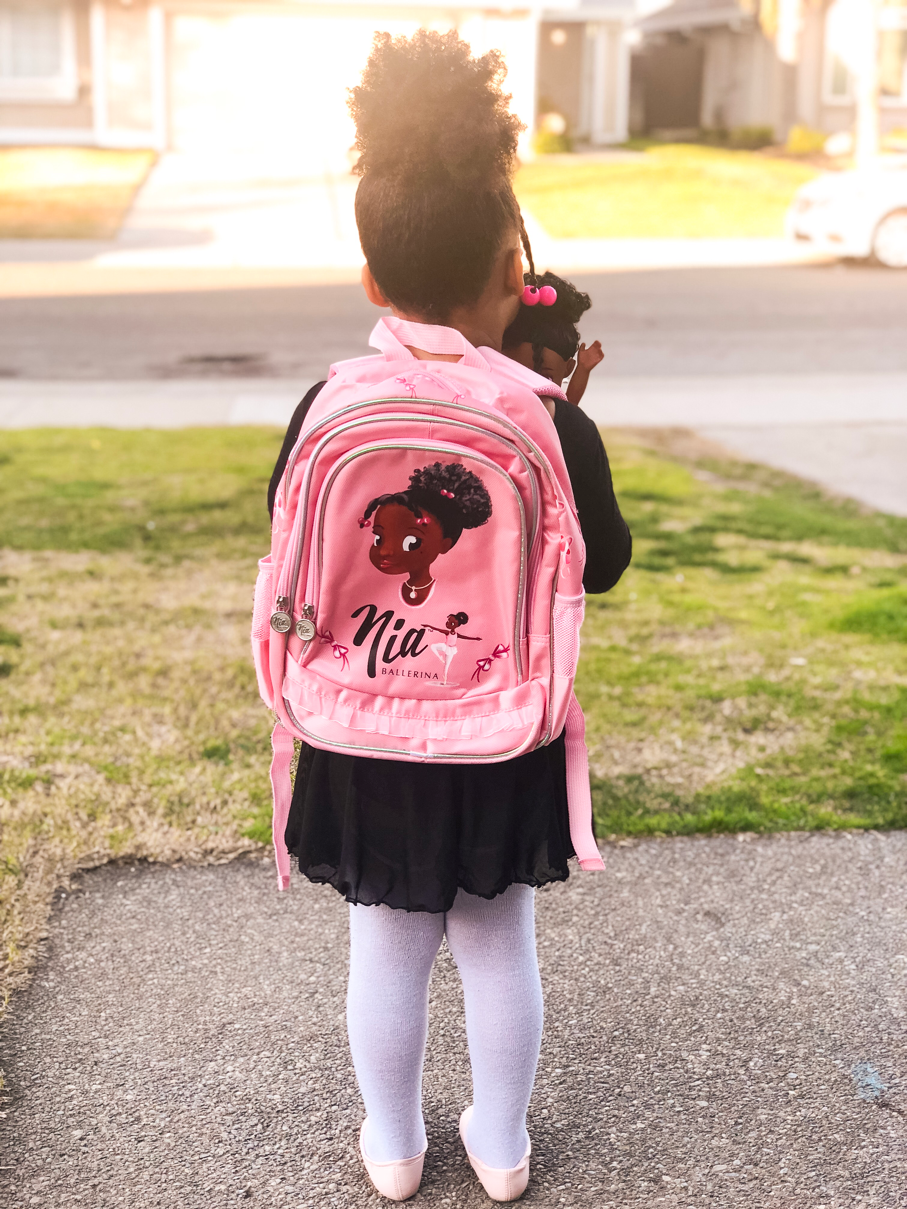 Thank you Nia Ballerina for all our goodies!
You can check out all thing Nia Ballerina HERE.
(I received this product for review, but all opinions are my own.)
(This is a sponsored post from Nia Ballerina.)

Back to Nia Ballerina